Desensitizing Society One TikTok at a Time 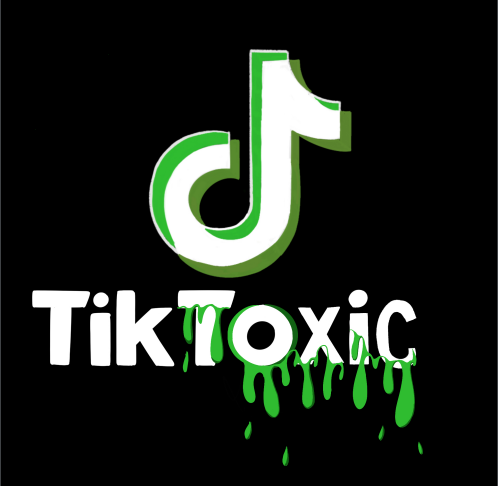 As we get too lost in scrolling through TikTok it becomes harder for us to understand the gravity of situations.

As the perfect mix of Vine and Musical.ly Tik Tok has climbed the charts to become a fan favorite of many teens around the world. The combination of dances, lip-syncing, and skits really seems to pull in a large audience. However, it seems that the longer this app is around, the more that people get comfortable with it. A little too comfortable. Even to the point where no one has a filter or sensitivity towards anything anymore.

A recent TikTok that surfaced only hours after the death of Kobe Bryant portrays this epidemic perfectly.

The TikTok goes to “reenact” the plane crash in a frivolous, joking manner and it becomes apparent that the devastating gravity of the situation is not at all realized. Instead, the original poster seems to think it’s something that they can get a couple of likes out of and maybe even get on the “For You” Page. But the thing is, Kobe Bryant and his daughter were loved by people all over the world and their death truly affected people. And even if you weren’t a die-hard Kobe fan, being respectful of the deceased is basic human decency.

severity. After the United States’ recent tensions with Iran, WWIII memes began to flood apps such as Twitter and TikTok. To users, this may just seem like another internet joke that will leave their minds in a couple of weeks but on the other side of the world, there are millions of innocent people in Iran who will suffer the consequences if this were to happen. But we can’t comprehend that.

And it isn’t necessarily our fault.

In fact, most of the people contributing to the issue don’t really realize they are doing it. A prime example of this is the crip walk challenge. This trend has people doing the crip walk dance whether that be a tutorial of it or a video mocking it. But something that many don’t know is that the crip walk is really a dance move originated by the gang, the Crips. The move is performed to show affiliation with the gang or to give the killing of someone the Crip’s signature. The violence and trauma associated with gang violence and its impact on a countless number of communities and families is a devastating reality in America. In fact, from 2007 to 2012 more than 80% of homicides were gang-related. So, to think that there are middle-schooler out there putting tutorials of this dance on the internet and undermining the severity of gang violence is appalling and goes to show how far an innocent ignorance can go.

I would like to acknowledge that I am guilty of scrolling through TikTok for hours on end.

And I understand that many of these videos are just jokes not meant to be taken too seriously or analyzed. But something that we do need to look into is how this app is forming a whole generation of such desensitized people. People that no longer understand the extent of problems and immediately turn to the platform for jokes. Many people may defend this decision as to the internet’s coping mechanism. Whether this may be true or not, the harms caused by this medium of expression far outweigh the benefits. TikTok may be giving rise to a generation of desensitized, callous members of society who may end up becoming less empathetic professionals later on in their life. The social and cultural values communicated on the app could be highlighting that apathy is the norm. This is an extremely dangerous side effect, especially for an app of TikTok’s scale and reach.

The world has come a long way from its days of not feeling or understanding one another but for some reason, TikTok is bringing back this toxic trait leaving me to call it “tik toxic.”