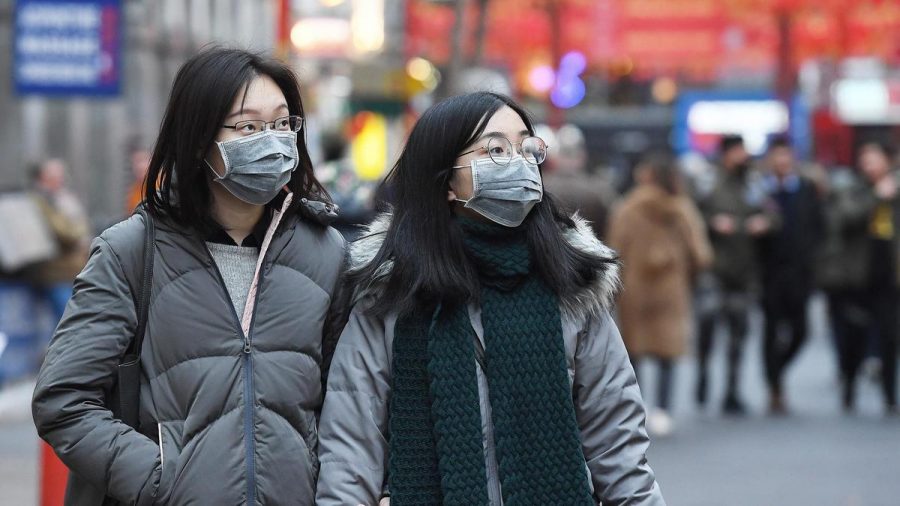 Citizens of China protecting themselves from the virus slowly spreading around the world.

The killer disease of 2020 has left the whole world on edge, leaving countries in fear of incoming visitors who might have the contagious and deadly virus. The Coronavirus, a disease also known as COVID-19, continues to take its toll around the globe and as of March 2nd, there have been a total of 100,273 reported cases and 3,408 deaths have been confirmed around the globe and the numbers are gradually increasing day by day.

However, on Friday March 6th, around 9:00 in the morning, NAEye learned that two cases have been reported in Pennsylvania, one in Delaware County, just outside Philadelphia, and in Wayne County, near Scranton, PA. The two people who have been reported with virus has been quarantined in their homes. Because of this, schools around the Delaware and Wayne County areas are shutting down. On top of that, Pennsylvania Governor Tom Wolf has signed an emergency disaster declaration.

According to Worldometers, approximately 80,559 cases of the Coronavirus has been reported in China and 3,042 have been reported dead. However, 66% of the people with the deadly disease have recovered. These numbers are also growing.

Italy has also been impacted so badly that schools around their nation have closed their schools to keep it from spreading to children. 3,858 have been affected and 148 are dead.

China has suffered the most from the life-threatening disease but it has slowly made it marks around the world, including here in the USA. 235 people have reportedly been sickened with the Coronavirus here in the states. 9 of those lives who have been affected has recovered but the remaining 14 has lost their battle.

The state of Washington has been affected the most by this outbreak, therefore, other states are preparing plans on how to keep it from spreading throughout more of the nation.

Maryland has three reported cases, Florida with four, and Illinois has five. Once again, these numbers are increasing day-by-day however, as of now, there have been two reported cases of the Coronavirus in Pennsylvania.

Furthermore, here in Pittsburgh, UPMC officials held a briefing Tuesday morning, emphasizing and sharing their plan on what they can do should the outbreak come to our region. Just three days later, it was confirmed that two people were reported with Coronavirus in the state.

The chief quality officer of UPMC says they have created solid measures preparing for an outbreak to be reported in Pennsylvania. Doctor Graham Snyder concluded that those plans consist of having screening guidelines prepared for use and the guidelines have been prepared for nearly two months.

According to Snyder, they have kept in constant contact with their partners at local, state, and federal public health authorities for updates and guidelines. They have hotlines open 24 hours contacting UPMC’s Infection Prevention Team for any questions or concerns that employees can pass along from their patients.

They have also suspended all business travel to China and Italy temporarily, and are continuing to monitor the numbers of cases in other countries. Many colleges have also suspended studying abroad courses to Italy and China in order to keep students and staff healthy and from spreading it throughout the Pittsburgh area.

Many students, however, are asking what would happen if a student or staff member at North Allegheny were to obtain the Coronavirus. NAEye talked to NAI’s nurse, Mrs. Lori Kelley, about district precautions and what the student body can do to keep them and theirs healthy.

An email went out from district officials to staff analyzing that they too are monitoring the updates from the CDC and Allegheny Health Department regarding concerns to the Coronavirus.

Anyone who has recently traveled anywhere outside of the state or country are being examined on a “case-by-case basis”. District officials are also urging anyone from students, staff, or visitors, to refrain from attending a school should they feel ill no matter what symptoms they may have.

Mrs. Kelley also reiterated that it still is not too late to get the flu shot from a local physician. She also says that practicing proper hygiene is a strong way to keep themselves from being infected.

Those include, washing hands with soap and water for at least 20 seconds, staying home from school when feeling the least-bit unwell, and keeping a regular habit of cleaning and disinfecting objects or surfaces that have come in contact with others often.

Mrs. Patricia Baker, a nurse for UPMC, is informing to students to be smart and follow the mental guidelines that you always have to prevent the cold and the flu.

It was only matter of time before a case was reported here in Pennsylvania. But now that there is, it is more urgent now than ever to commit yourself to keeping your personal hygiene habits in tact and continue using common sense when it comes to spreading your germs because you do not know if a person you are in contact may or may not have the very-impactful disease, what we call the Coronavirus.