What is the best period to have PE class? 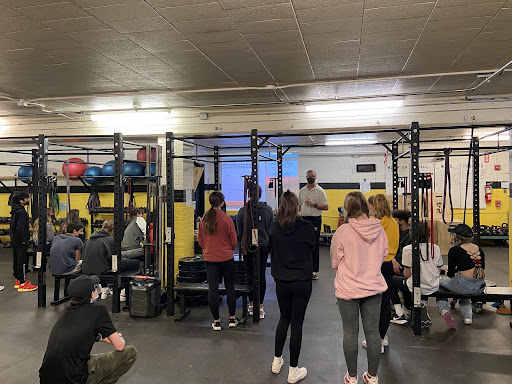 Physical Education : noun 1. systematic instruction in sports, exercises, and hygiene given as part of a school or college program.

PE, gym class, or more commonly known as Physical Education, is a course seen in most high schools around the world. A class created to educate students on what it means to be active and stay healthy throughout your life.

For some, it may be their favorite class or what they look forward to each day, but for others it may be dreaded. But no matter one’s opinion or views on the class, normally it is still a requirement for graduation, so it is inevitable that you will take it once in your highschool experience.

But, the period of the day that you take PE could completely change your experience. Maybe you are a morning person, so the first period is perfect for you, but for some the first period would be their last choice.

Or maybe you like the last period so you can finish off your day being active, but some others don’t enjoy the last period because they have a sports practice right after school. So, when is the best period of the day to have PE class scheduled?

NAI students were polled and the results shed light on this question. Four periods of the day have risen above the rest.

Period one received 9.1% of the votes.  Sophomore Rylee Gadomski was one of the few that chose the first period to be the period to have PE. When she was asked why, she said , “You can change during home room if you don’t want to wear your gym clothes all day.”

Period seven also received 9.1% of the votes. Sophomore Joseph Marquis was one of the few to choose period seven as his preferred choice for PE because, “It is close to the end of the day, but not one of the last periods.”

Period two then came in with second place, receiving 18.2% of the votes. Sophomore Jordan Frisco chose Period 2 because,, “It is cool outside, so you don’t sweat and you have homeroom to change. You are also not as tired as you would be in period one.” Sophomore Caileigh Duffy also thinks period two is the best time to have PE, but for different reasons, saying , “You can get it over with and it is not still dark outside.”

The period that took the title of best period to have Physical Education Class, is period nine. Period nine had the popular vote, by a landslide, with 63.6% of students polled voting for it. Sophomore Jamie Frisco said she chose the best period to be period nine because, “You can leave right after, so if you are sweaty you don’t have to go to class sweaty. Also, sometimes gym is fun so it is fun to end the day with gym.”

Sophomore Delaney Tedesco also added that at the end of the day she can change into her athletic clothes and not have to change back for school sports. Sophomore Joey Capetta also said, “If you’re at NASH you won’t smell like chlorine all day.”

Sophomore Christine Silvester added, “I think that by period nine the weather is as warm as it will be, so especially during the winter, it’s the most enjoyable time to go outside. I also think people would participate more, since it’s the last period and they won’t have to go back to class sweaty.”

Overall, the period someone has PE could completely change their experience. Everyone has different preferences for what period they have PE, so as students begin to create their schedule for next year, what is their preference, and will it align with everyone else’s?