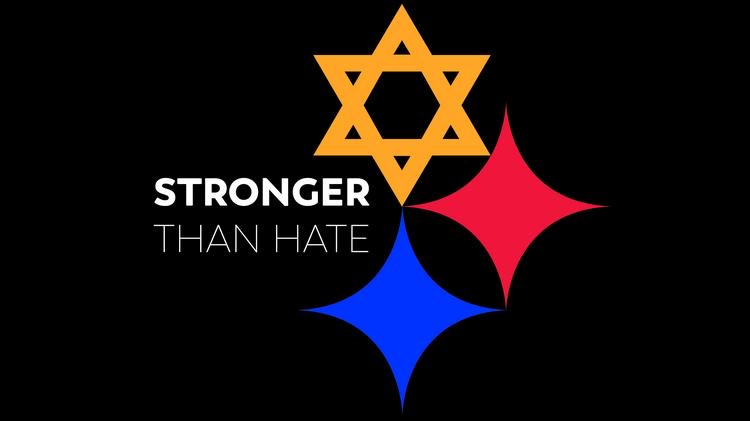 Symbol used for the Pittsburgh Synagogue Shooting. One year later, it has become synonymous with Pittsburghers' growing resilience. (Tim Hindes)

Symbol used for the Pittsburgh Synagogue Shooting. One year later, it has become synonymous with Pittsburghers' growing resilience.

Antisemitism: A Year in Review

October 27th, 2018. A day that will forever live as a horrible memory in Pittsburgh, Jewish, and American lives.

It has been exactly one year since that day, but I remember it so vividly, as if it were yesterday. Yet the whole thing feels like a blur.

You may remember my article from last year, “Rising From the Ashes: Countering Antisemitism and Hatred with Community, Love.” Well, I’m back again. A lot has happened since then. I wish I could tell you things have gotten better. They did not.

Disclaimer: Before you start shouting facts at me, please recognize that this is an opinion piece.

A Brief History of Antisemitism

Antisemitism has been an issue for centuries. In Shakespeare’s The Merchant of Venice, written in 1596, featuring a Jew–Shylock–who is demoralized simply because of his religion. Shylock’s “Hath not a Jew eyes” monologue is still important and relevant today. But it goes back further than that. Some of the first Antisemitic acts were recorded in 740 BCE. That was 2,759 years ago.

You would think that this irrational hatred towards a religious group would be a thing of the past, right? What is the motivation behind the hatred? That is something I will never understand. Why hate people when you can respect them and love them and help them, along with yourself, feel safe?

Nothing Has Changed Within a Year

The symbol of the Tree of Life is tainted now. When you think of the tree of life, you are supposed to think of peace, love, knowledge, hope, and prosperity for everyone. But now, you think of the synagogue that was under attack by a gunman.”

I’m not here to talk about gun reform again. That’s not the point right now (though it is still an extremely prevalent issue and must be taken seriously. Since last October, synagogues as well as mosques and churches around the world have also experienced the terror of gun violence). Lives are being taken, but people also live in fear every day. Antisemitism comes in all forms. There is a difference between patriotism and nationalism. I understand that you may love America, but you should love other people as well. And you have to admit, we’re not doing too hot right now. According to Wikipedia, “A 2019 survey by the Jewish Electorate Institute found that 73% of American Jews feel less secure since the election of Donald Trump to the presidency. Antisemitic attacks against synagogues since 2016 have contributed to this fear. The survey found that combating antisemitism is a priority issue in domestic politics among American Jews, including millennials.”

You would think a year would be enough time to heal, right? The healing never stops, because the wound will never close.

Here is a general overview (not a complete list) of the Antisemitic acts that occurred in America over the past year since the tragedy at Tree of Life, the deadliest attack against a religious group in US history:

I simply can’t fathom that this happened. Since I started writing this article, another act of Antisemitism has occurred, in Halle, Germany, right outside of a synagogue on October 9th. On Yom Kippur. The holiest day of the Jewish year.

Brief background: Yom Kippur, the Day of Atonement, comes ten days after Rosh Hashanah, the Jewish New Year. It is a solemn holiday with 25-hour long fasting and a day of services. It is a time to repent for your sins and to forgive yourself and others around you for their sins. But it is not a time to forget. We cannot forget anything that has happened, and we have to address it. It doesn’t matter if the shooter in Halle killed any synagogue-goers or not, but he was shouting antisemitic remarks and tried to enter the synagogue. And do not excuse him, for he knew what day it was. CNN states, “The German Federal Prosecutors office told CNN that the attack appears to have been motivated by ‘extreme far-right and anti-Semitic’ views. The suspected gunman in the German attack launched into a brief anti-Semitic rant in the video, claiming the Holocaust ‘never happened’ and saying that the root of some of the world’s problems are the Jews.” This Yom Kippur was particularly hard on me because this is something that is unforgivable, and the whole meaning of the day was to forgive and repent.

And on that same day, there was yet another Antisemitic act that was not even talked about. A backpack was set aflame on the steps of the Park Slope synagogue in Brooklyn, New York. Though it is uncertain whether this act was a bias crime, it still occurred on the holiest day of the year. And it was not talked about.

On October 17th, I found an Instagram post about a Snapchat group that was created called “kill the Jews.” This happened in a middle school in Framingham, Massachusetts. A middle school.

Students have been afraid to return to school after that. I can see why. Can you?”

So many of these things do not make the news, even things that happen locally in America.

The “Small” Comments are Bigger than they Seem

I hear it around the school every now and then. Slurs. Jokes. You may not even be aware that you do it. I’ll admit it, even I have done it once or twice. I once asked someone if they were Jewish because of the size of their nose and the thickness of their eyebrows. I recognized my mistake and I corrected it. Sometimes Jews accidentally make Antisemitic jokes every now and then–not on purpose, but we often stereotype ourselves.  I know it can be hard, but I want you to think more about what you say before you say it. I see it a lot in my daily life. Unless you are a Jew and you start a joke like, “My son’s a doctor,” that’s different (sort of; we like to poke at our own stereotypes). But if you are not a Jew, and your joke starts with “Why did they gas the Jews,” we’re going to have a problem.

Back to what I had listed in Antisemitic acts in America, last school year, my sister’s friend (who is Jewish) found swastikas drawn in the NASH gym. My sister immediately reported it to Safe2Say because she feared the administration would do nothing about it. She was right. They simply got rid of the swastikas without addressing the issue, without spreading awareness that this happened. That does not do much good because if those responsible do not learn, who’s to say they won’t do it again?

The only thing as bad as hatred is indifference. Not caring. Turning a blind eye. Indifference causes suffering. Do not be a bystander. Speak up if you hear Antisemitic slurs, or slurs against any religion in general. Tolerance is important. You may not agree with a religious group’s ideas, but that does not give you the right to propel your hate onto them.

I feel like I am repeating myself. I tried to spread all these messages of Antisemitic awareness and love and hope and change. A full year has passed, and NOTHING has changed. I’m still here, trying to make a change. It’s a little hard being just one person.

This past summer, I, along with four other Jewish Pittsburgh teens from BBYO (an international Jewish teen organization), went to a leadership training camp in Mukwonago, Wisconsin, called CLTC (Chapter Leadership Training Conference) through BBYO. There were teens from all across the country, as well as six teens from three different countries in Europe. I made some of the strongest connections there, stronger than any that I’ve made before. My mock chapter lead a program for everyone about Antisemitism. We did a “cross the line” activity where you would take one step forward if you had ever had one of these Antisemitic acts done towards you or said to you. Several people made it all the way across the gym floor. During that program, I had the opportunity to deliver the speech I wrote last year in front of the whole camp–teens, advisors, staff. Of course, everyone there was Jewish, so they had a better understanding of the impact of this tragedy on the Jewish community, but they got to hear it from a girl from Pittsburgh, the city where it actually happened. It was an incredible feeling, that support and attention I received.

We have to start small. I lit a spark last year, and since then, I have been fanning it into a flame. A flame of awareness, understanding, and love. I need your help to fan this flame of love until it consumes the world.

I am angry that I am growing up in a world that hates my people. I am angry that my ancestors had to live this way as well. That is why I am writing. Centuries have passed. We have had so much time to make changes. Let’s make some now.

Tonight, there is an interfaith vigil at Soldiers and Sailors Memorial Hall, similar to last year. If this will be anything like last year, I know that there will be overflowing support once again from our community. Last night, Temple Beth Shalom in Squirrel Hill hosted a city-wide, interfaith teen Havdallah. Havdallah is my favorite time of the week. It signifies the end of Shabbat and the beginning of a new week. It was incredible to see not only Jews from more than four different Jewish youth organizations coming together, but also teens of different faiths coming to support us. Last night, we did not talk about how the eleven souls died, but rather how they lived.

Joyce Fienberg, 75 – Joyce was on the board of Tree of Life, dedicated to revitalizing the community. She was a devoted grandmother.

Rose Mallinger, 97 – Rose loved to dance. She went to shul that day with her daughter, Andrea Wedner, who also got shot, but survived.

Jerry Rabinowitz, 66 – Jerry was a doctor; one of the few doctors in Pittsburgh who would treat HIV patients in the 1980s.

Brothers Cecil and David Rosenthal, 59 and 54 – The two had mental challenges, but that never stopped them from anything. They could always put a smile on your face, for they were so incredibly kind.

Husband and wife Bernice and Sylvan Simon, 84 and 86 – The two got married at Tree of Life. You would never see one without the other; they were always together.

Daniel Stein, 71 – Dan had just become a grandfather. He was a family friend of my grandmother’s.

Melvin Wax, 88 – Mel was always quick with a joke. He was a close family friend who always went to shul.

Irving Younger, 69 – Irving was the son of two Holocaust survivors. He was a kind, friendly man.

To celebrate these lives, I ask that we all be kind. I want each and every person reading this to sit down with someone you don’t know very well and just talk. Talk to them. People are more alike than different. People just want to be heard; I want you to listen. Learn about different religions, races, beliefs, ideas, hobbies, goals, dreams. Everyone has different ones. If you listen, you can learn to respect and love more people, and the world will be a happier, safer place.

Together we are stronger than hate.

I still stand, prouder than ever to be Jewish. Thank you to those who stand with me. 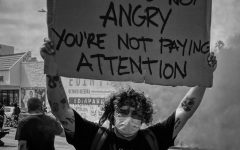 If You’re Tired of All of This… 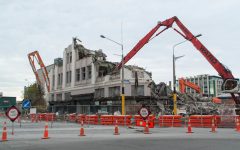 The Price of Preservation 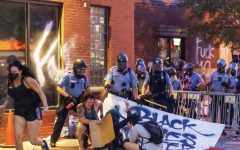 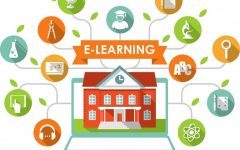 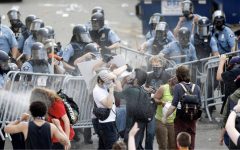 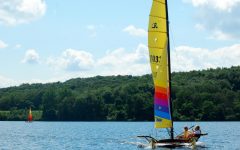 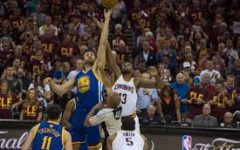