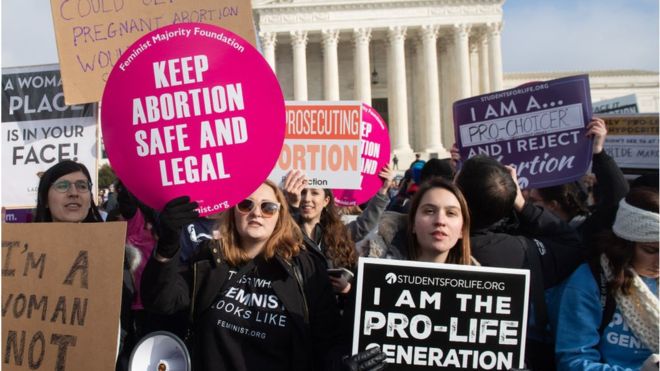 Women that are for and against the choice of abortion protesting outside of the Supreme Court building.

In a world where we find ourselves to be so divided, it can be difficult to step back and understand an issue itself to be able to find middle ground.

Let yourself imagine that you’re on Instagram back in May of 2019. Alabama Governor Kay Ivey has just signed the Human Life Protection Act into law and it will put in place a near-total ban on abortion in Alabama. A bunch of story posts are beginning to pop up in your feed regarding the news story.

“Abortion is murder!” “A woman should be able to choose what she does with her own body!” “Killing babies is NOT okay.” “Safe and legal abortion should be legal for everyone.” Everyone is posting their opinion for all of their followers to see. Do these people really know exactly what they’re talking about and supporting, though? Is it really the best idea to support either side without considering the other and knowing all of the background information? 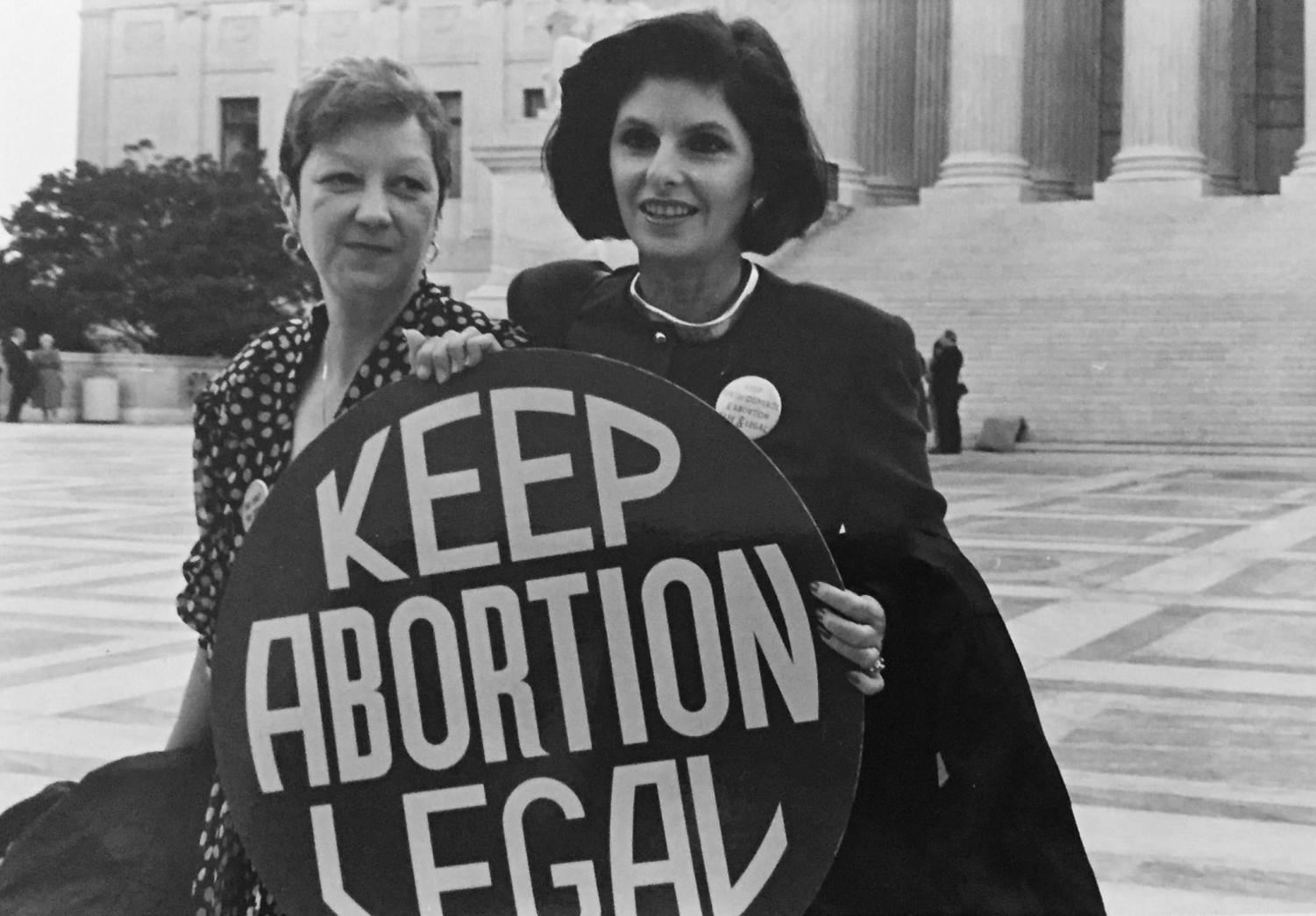 Norma “Roe” McCorvey thought that abortion should be safe and legal

History: Roe v. Wade and The Legality of Abortion

Roe v. Wade is a Supreme Court case that lasted from 1971-1973. In 1973, the Supreme Court of the United States ruled that extreme or unreasonable state regulation of abortion is unconstitutional.

This is because 7 of the 9 supreme court justices at the time believed that states passing strict abortion laws with few exceptions violated a woman’s right to privacy and therefore her right to liberty. Norma Leah Nelson McCorvey, or “Roe,” had won.

Now, in 2019, many states are denouncing this ruling. These states include Alabama, Georgia, Kentucky, Mississippi, Ohio, Missouri, Arkansas, and Utah.

Some of these states are attempting to prohibit abortions after 6-8 weeks of pregnancy, while some states are pushing for a ban of the procedure after a certain point within the second trimester. Many of these bans are not yet in effect, and some are even expected to reach the Supreme Court. 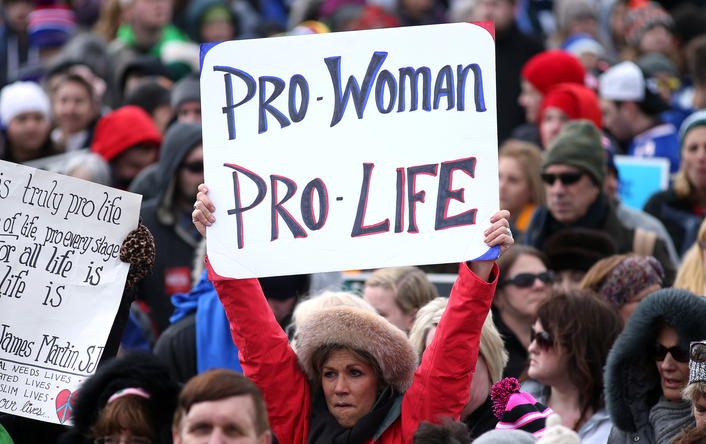 One thing that divides people within an argument is how they perceive each other.

The pro-choice side of the argument does not necessarily think that abortion is the best option, but they think that women should have the choice to get one if they feel that it’s right. They argue that a woman should be able to get an abortion if she is not going to be able to provide for her baby what it would need to survive or live a good life.

They say that rape and incest are not a woman’s fault so she should not have to keep the pregnancy. In addition to these things, people who are pro-choice believe that banning abortion would not eradicate abortion but instead lead women to try to find dangerous ways of getting one.

The pro-life side of the argument does not want women to be able to get abortions. They think that the unborn are vulnerable and weak and that everyone deserves a chance to live because every life is important and special in God’s eyes.

They usually compare abortion to murder. People who are pro-life also strongly encourage giving the baby up for adoption instead of terminating the pregnancy. 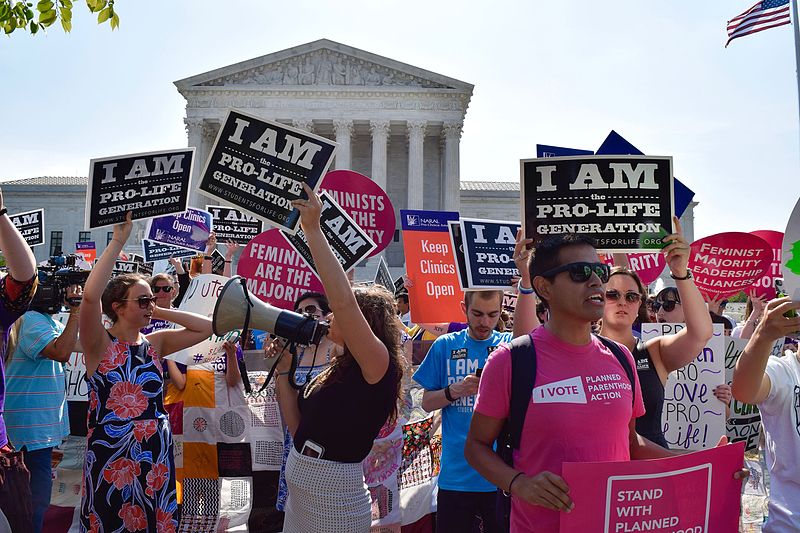 At first glance, these arguments might seem pretty solid, but some can be argued against very easily and some are just inherently flawed. To truly focus on either sides’ best arguments, it is crucial that the flawed arguments are eliminated.

Approximately less than 1% of abortions have to do with the woman or child’s health, rape, incest, or fetal birth defects. The rest of the abortions happen for social or economic reasons. Saying that we should keep abortion safe and legal BECAUSE of these cases is invalid because of the mediocrity of the 1% statistic.

Many people who are pro-life incorporate religion, typically Christianity, into arguments. Although it is perfectly okay to base morals off of religious beliefs, the constitution states, “Congress shall make no law respecting an establishment of religion, or prohibiting the free exercise thereof.”

Different religious texts describe when life begins differently, so going off of the Bible’s definition would favor Christianity. People who represent us also can not solely consider Christian morals when debating any issue because it would be unconstitutional for them to do so since they would technically be trying to make a law respecting an establishment of religion.

Even the best arguments on either side have their flaws as well. It’s as if each side can be shut down by the other in some way. Because of this, it seems like the debate is just a never-ending cycle that fails to find a solution that can satisfy both sides. 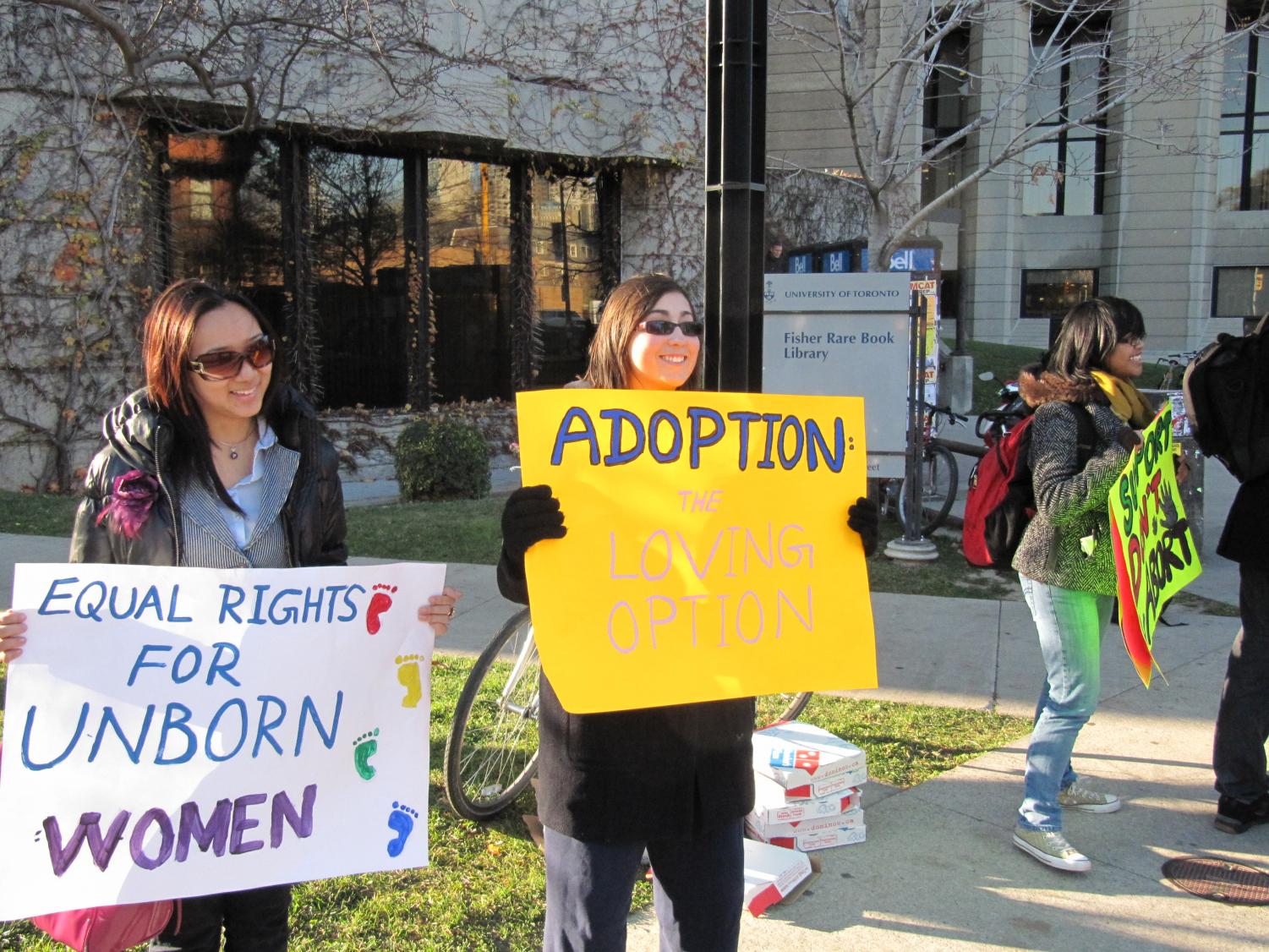 Economic and social reasons for abortion are things such as poverty, the mother being unable to cope with having a child, and/or the mother being too young to cope with a child. These are common reasons that women have for getting abortions. These women do not want to bring a child into the world that is going to suffer mentally or financially.

A big reason for abortion is not being ready to have children or have any more children. 6 out of 10 people who get abortions already have kids. These women believe that having a child will greatly interfere with their education, career, or life overall.

People who are pro-choice argue that if politicians are not going to help them once their child is born, they should not be able to force them to go through with their pregnancy.

In addition, she says that “There is universal agreement that pain is detected by the fetus in the first trimester.” Many people who are against abortion feel that fetuses can feel pain throughout the abortion procedure although this has not been completely proven by scientists.

Although these are all relevant arguments, they are controversial on many different fronts and can be perceived differently by either side. 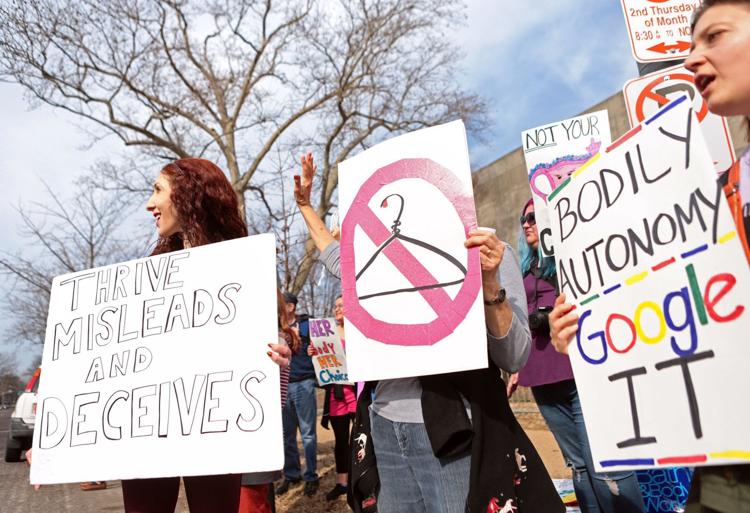 Middle ground can be defined as a standpoint or area midway between extreme or opposing positions, options, or objectives. It’s a compromise between the two groups in which they can not get everything they want, but they can both get a little bit of what they want out of the agreement.

According to the World Health Organization, approximately 25 million unsafe abortions were estimated to have taken place worldwide per year, almost all in developing countries. Unsafe abortion is more common in places where access to safe and legal abortion is limited.

Methods of unsafe abortion include trying to break the amniotic sac inside the womb with a sharp object or wire, pumping toxic chemicals into the women, or by using drugs not indicated for abortion but known to result in miscarriage or uterine contraction. These all tend to be successful in aborting a fetus, but they also increase the likelihood of the woman dying as well.

Middle ground on the issue of abortion would seemingly be people having safe access to getting an abortion but extremely low abortion rates despite its legality. This can be done by putting laws in place that solve the reasons why women feel the need to have an abortion.

This would be much better than jumping straight into banning abortion or complicating the abortion process because women who feel the need to get an abortion for certain (solvable) reasons will try to get abortions through less safe methods.

Comprehensive sex education is one way to reduce abortions. States that have abstinence-only programs have the highest rates of teen pregnancy and teen birth. According to the 2014 CDC School Health Profiles, fewer than half of high schools and only about a fifth of middle schools teach all 16 topics recommended by the CDC as essential components of sex education. These topics include contraception and good decision making.

Another effective way to reduce abortions would be the use of effective birth control by women and making it easier to access and afford. There are several different methods of birth control including long- active reversible contraceptives, contraceptive injections, patch and ring methods, contraceptive pills, condoms, diaphragms, and caps. All of these methods have anywhere from a 95-99% effectiveness rate with perfect use and anywhere from a 70-90% effectiveness rate with typical use, but a lot of women don’t have access to them.

A study called the Contraceptive CHOICE Project admitted 9,256 women and teen girls in the St. Louis area between 2007 and 2011. Participants were anywhere between 14 to 45 years of age, at risk for unintended pregnancy and willing to start a new contraceptive method. For girls ages 15 to 19 who had access to free birth control provided in the study, the annual birth rate was 6.3 per 1,000, which falls far below the U.S. rate of 34.3 per 1,000 for girls the same age.

Access to these things on top of safe and legal abortion to prevent unsafe abortions from happening would reduce the number of abortions drastically. It would not completely satisfy either side of the debate but they would still be reaching a compromise that would incorporate a little bit of what each of them wants.

The pro-life side of the debate would see the number of abortions, both safe and unsafe, decrease substantially, and the pro-choice side would see people still being able to choose what they do but the likelihood of women getting abortions to drop. 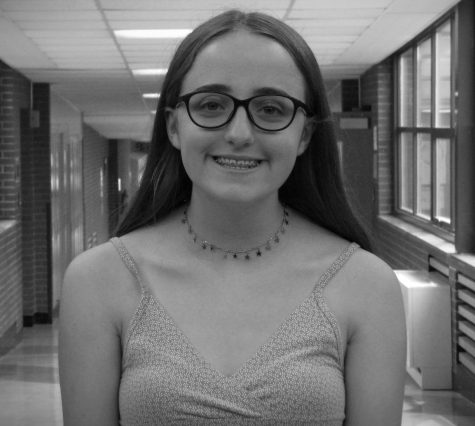 Quinn Volpe is a sophomore and this is her first year on the NAEye Staff. She likes music, political activism, volunteering, writing, cheese ravioli, and...